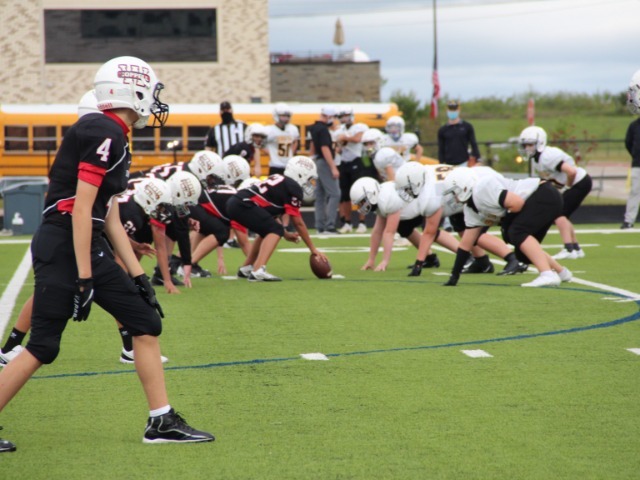 The 8th grade football team kicked off their season at home on Tuesday against the Chisholm Trail Bulldogs of Northwest ISD. The Wranglers started with a good showing on defense and held the Bulldogs to a couple of third downs, but long conversions for Chisholm Trail saw their drive end with a touchdown. The Wranglers would fall victim to 2 onside kicks in the first half that led to two Bulldog touchdowns and the Wranglers found themselves down 20-0 at halftime. The offense for West struggled to get into a rhythm but showed some promise in spots! Great runs by Jaydon Anderson, James Faison, and Parth Patel helped them keep the ball moving at times. The Wranglers travel to Indian Springs next week in Keller for their week 2 matchup.

The Wranglers took on the Bulldogs from Chisholm Trail Middle School for their season opener. It was a tough match-up for the Wranglers going into their first game. Quarterback Drake Baes was able to connect with wide receiver Gabe Villa for three receptions and about 80 total yards. Wide receiver Aryas Raut was also able to catch a pass from Baes for positive yardage. Running back Trey Holt helped score the Wranglers touchdown and extra point with a powerful run up the middle of the field. Cameron Molina and Distrant Chaudhary led the way for the Wranglers’ defense with multiple tackles for a loss. In the end, the Wrangler fought hard, but came up short. Next week they look to bounce back at home against the Indian Springs Eagles.