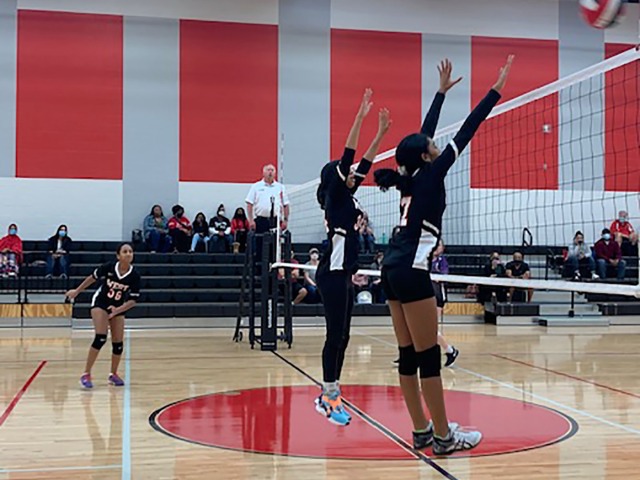 The Lady Wrangler C team played the last game on Saturday, and I do think that after all the cheering they did for the first two games, they had depleted some of their energy. The girls started out very timid and really quiet, and that showed in the first game scores. However, after a regroup and pep talk about the team they knew they were, they came out very strong and ready for a rematch against the Timberview Hawks. The girls played much better in the second game and had the lead for a bit, but the missing of some important serves and some tough dropped balls had the girls retreating back to the quiet and timid ways that they had started with in game one. Overall, not our best game for the Lady Wranglers, but they are looking forward to working hard this week in practice and getting ready for their last home game of the season on Thursday vs. Fossil Hill. Players of the game were Rachael Perez Johnson with her aggressive play on offense and Kaitlyn Philip with her strong defensive play on the net.

A-team got to play a double header for the first two games of the day on Saturday against Timberview’s B team and then A team. The first game was full of great passes and serves to give us a strong lead. In the second game, we were able to keep up our stamina and continue to work hard to earn our W. Londyn Harper was a strong force at the net while Muneera Seif was all over the court getting the first balls to the setter. Right after we played B team, we started our A team game. The Lady Wranglers were excited to play a team where they got to work on getting better and improving while playing a team at a very advanced level. Fizza Shafiq stepped up her hitting game to make it hard for the other team to recover as well as her serve receive. Despite a hurt shoulder, Reva Shankar made an appearance working on her spot serving to get in their heads. The coaches are so proud of everyone for their super hard work this weekend. Every day brings so much wonderful improvement! 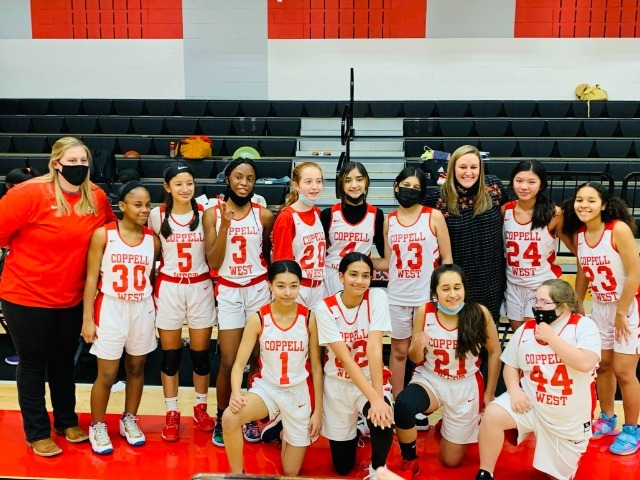