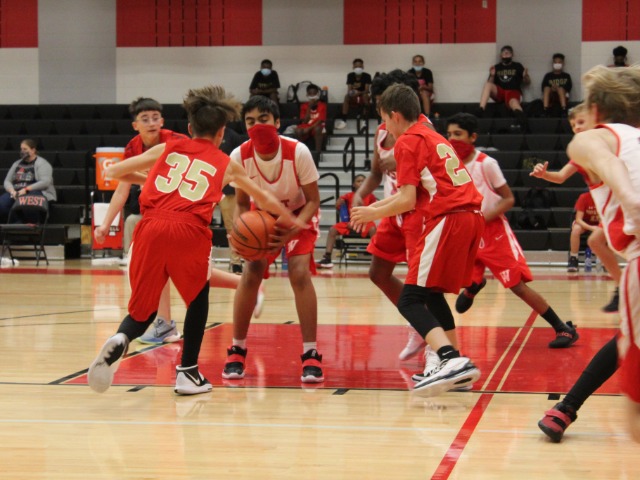 7th A:
West-58
Chisholm Trail-31
The Wranglers played their second home game of the season against the Chisholm Trail Bulldogs. The game was a defensive matchup in the beginning. The score was 12-9 after the end of the first quarter. The Bulldogs went on a run and cut the lead down to 1. Drake Baes and Trey Holt hit some clutch shots to expand the leadership of the game. The Wranglers went into the second half leading 28-20. In the second half, the Wranglers stepped it out defensively with great plays by Zyan Patel, Jaiden Chatman, and Cameron Molina. The Wranglers on 58-31. The Wranglers were led in scoring and rebounds by Sebastian Pena with 20 points and 14 rebounds. Ishan Gundalapalli and Aston Huynh contributed with 2 steals a piece. The Wranglers will take on the Indian Springs Eagles on the road next week on Monday.