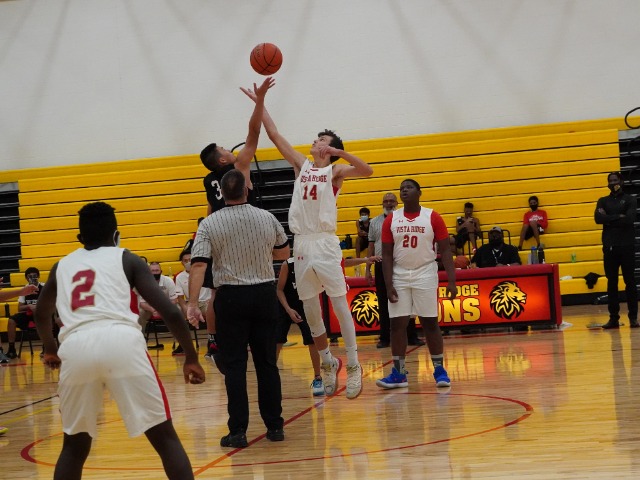 This week the Wranglers took on the Chisholm Trail Middle School Bulldogs. It was a hard fought battle defensively. James Faison got the team off to a great start, knocking down a 3-pointer from deep. Haniel Johnson added to the Wranglers’ success by scoring a layup to help the team go up by 1 point going into halftime. Although the team ended up losing the lead in the 3rd quarter, Kunaal Kapoor knocked down a 3-pointer to help the Wrangler regain and keep the lead. What made a tremendous difference in the game was Ryan Truong’s defense and rebounding, giving the Wranglers multiple second chances to score. In the end the team came out on top and achieved their first win of the season. Next week they’ll face the Indian Spring Eagles for their first home game, where they hope to add to their winning streak.

The Wranglers second match-up of the season saw them on the road against the Chisholm Trail Bulldogs. Although they came up short on the final score, the team showed that they had made significant strides from the 1st game by nearly doubling the previous points scored and cutting points allowed by almost 20. Offensively, Parth Patel led the charge with 5 points. Armando Acosta scored 4 points, Daranswar Chandra & Julian Tapi both contributed 3 points, and Khalid Azzam rounded out the scoring with 2 points. On the defensive side, Julian Tapia led with 3 rebounds while Parth Patel notched 8 steals on the night. The team’s energy and effort were at a high level for the entire game and the boys will look to earn their first win of the season next Monday the 14th at home against Indian Springs.