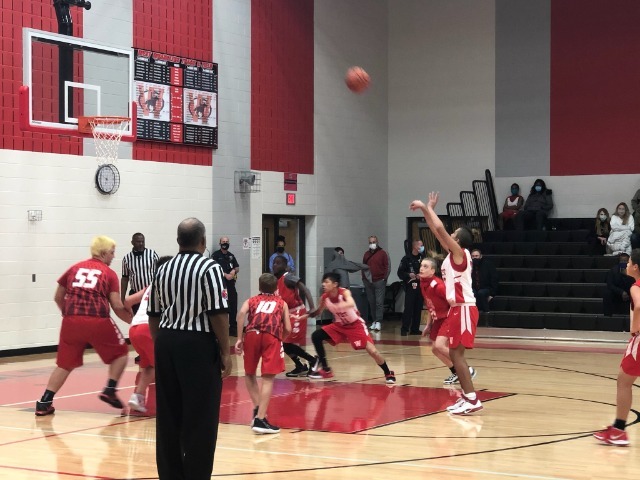 The Coppell Middle School West team took on the Pike Middle School Panthers at home for the first game back after the winter break. The Wranglers started rusty from the field, but they picked it up offensively after the first quarter and got some momentum going into the second quarter. Justice Ihezie and Stanley Calvin kept the Wranglers in the game with great defensive pressure on the Pike guards. The Wranglers picked the scoring up as the game progressed and cut the Panther's lead down to 7. The Wranglers went into halftime down 16-9. In the 3rd quarter, the Wranglers heated up from the field with three-pointers from Bobby Hatfield and Aryas Raut. Vignesh Dhanasekar, Logan Garcia, and Ryker Villines grabbed several rebounds for the Wranglers, but this was not enough as the Pike Panthers won by a score of 33-29. The Wranglers will be looking to avenge their loss on the road next week against The Tidwell Titans.

The Coppell Middle School West team took on the Pike Middle School Panthers in their 4th game season. The Wranglers were aggressive shooting from inside the paint to the three-point line but couldn't buy a basket the entire first quarter. More of the same thing happened in the second quarter as the Wranglers were scoreless going into halftime. After a halftime adjustment, they came out ready to play, and it showed right away. Hatim Nicobar and Jaiden Chatman led the comeback as they connected on a couple of field goals to cut the lead down to 4. The Wranglers battled back from start to finish but ran out of gas in the end and lost 12-10. The Wranglers will be looking to get back on a winning streak next week as they take on the Tidwell Middle school Titans on the road.