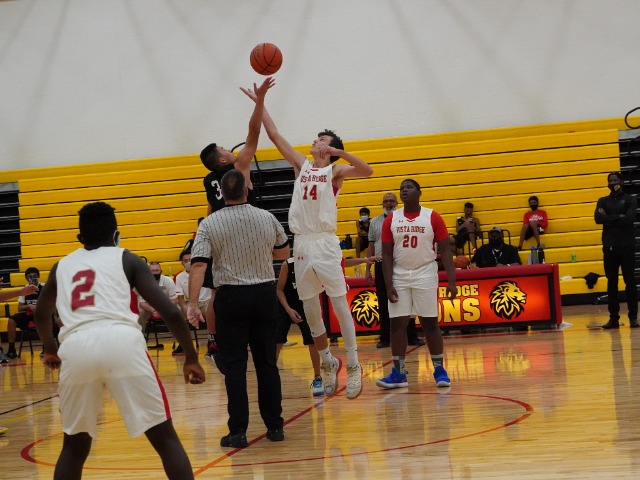 This week the Wrangler took on the Pike Middle School Panthers in their first game since Winter Break. Although they were a little rusty, the Wranglers got off to a strong start and led 13-6 at the end of the first quarter. By the end of the first half the Wranglers were up 16-12. Tied going into the 4th quarter, it was time for the Wranglers to make their stand. Haniel Johnson and Ryan Truong pulled in four big defensive rebounds that limited the Panthers’ chances of staying in the game. James Faison scored five of the eleven points scored by the Wranglers in the 4th quarter to give them the lead. With about one minute left in the game, the Wranglers made two crucial steals and converted them into layups on the other end of the floor. It was a solid victory for the team and a great way to start the new year. Next week they’ll look to begin a winning streak against the Tidwell Middle School Titans.

After the long winter break, the Wranglers took to the road on Monday against the Pike Middle School Panthers. The time away from the court showed at the start of the game as Pike jumped out to a quick lead and the Wranglers struggled to put up consistent shots on offense. At the end of the 1st quarter Pike had an 11-2 lead but the Wrangler defense came on strong in the 2nd quarter and held them to just two more points before the half. The offense was more aggressive and effective in the 2nd half, but the Wranglers were unable to make ground against the Panthers with the final score favoring Pike 27-13. Parth Patel led the Wranglers in scoring with 7 points and 5 rebounds, while Mehlam Khambati tacked on 7 more rebounds and five points to his season total. Atharva Naktode also came out strong with 5 rebounds. Now that the rust has been knocked off, the team looks to earn a home victory against the Tidwell Titans next week.