WRANGLERS BATTLE PIKE IN FIRST GAME BACK FROM BREAK 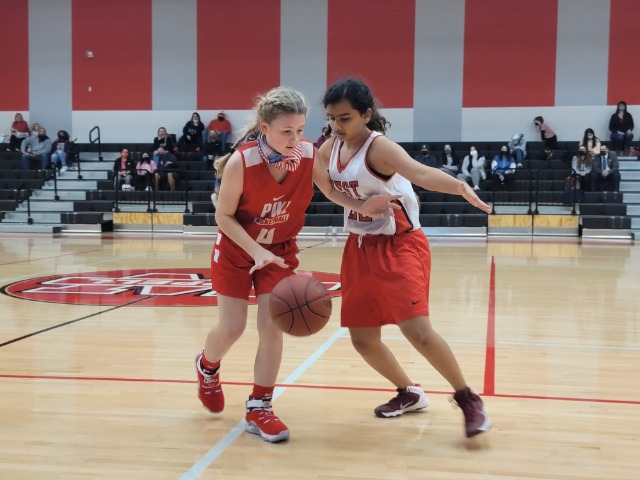 C Team fought hard and put up lots of shots but just couldn’t pull it off. We played great defense and weren’t afraid to get in the Panthers’ face. We were able to get the score close pretty much the whole game, tying it in the last minute of the 4th. The Panthers were able to score two more buckets in the last 45 seconds making us fall short. The coaches are very proud of the hard work and dedication to never give up from the whole team. Fatima Siddique never lightened up on her girl on defense and Nethra Sheri was able to pop out to get the outlet and the shot. We will get them next week!

If we could erase B Team’s first half, the game would have been really competitive. While there were many shining moments, like steals, great defense, and a made 3 pointer, unfortunately, the rough start haunted us and we could not overcome our deficit. These athletes continued the fight and made us all proud all the way to the final buzzer. Our players of the game were Dhanushi Raval and Pranavi Ramineni.

A Team had a very rough night. After I had hoped we would be competitive with Pike, we struggled to even score in the first half. At half time, we adjusted our goals for the game and we achieved and exceeded them. Our theme for the game was, “Not today, today we fight.” I can truly say that they did that. They refused to give up. They were not defeated. They used the game as a tool to improve and understand what success truly means. They looked into the eyes of overwhelming odds and did not give up, refused to not push themselves, and kept great attitudes. All these girls were a shining crown for West and I am proud of how they represented themselves. Our players of the game were Anya Shamsi and Saujanyaa Balaji.