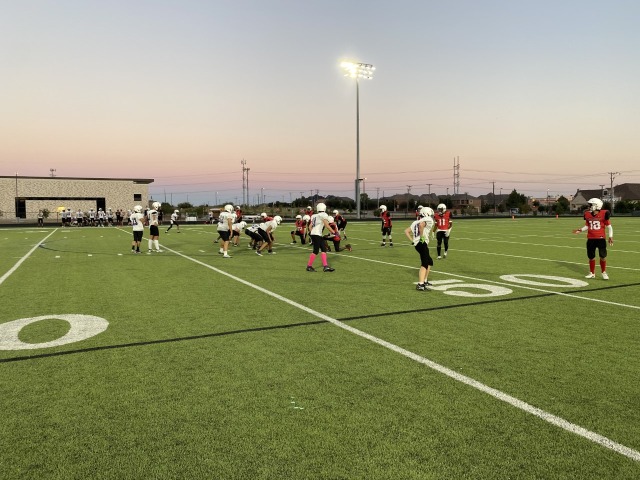 
The Coppell Middle School West Wranglers took on the Wilson Lions at home.The Wranglers started the game by moving the ball on offense with great runs by Daniel Kim and Ajitesh Mylavarapu, but the Lions kept the Wranglers out of the end zone. The Wranglers players were flying around on defense and disrupting the lions offense. Akash Arepally and Renish Joshi were leading the way with great tackles. The Wranglers moved the ball down the field with great throws from Aayush Golla. The Wranglers scored on the drive and the momentum shifted in our favor. The Wranglers were only two possessions away at halftime from tying the score. They came out in the second half with tons of energy and fight and displayed that they competed once the first half jitters went away. However, it wasn’t enough as the Lions ran the ball on offense most of the second half, which took time off the clock to prevent a Wrangler comeback and won the game. The Wranglers will be looking to bounce back next week against cross town rivals Coppell East Broncos at Coppell High School!